I read a great article in the New York Times tonight entitled “Our Scars Tell the Stories of Our Lives.”  It was written by Dana Jennings, a reporter for the New York Times who is courageously sharing his fight with prostate cancer.  In the article, Jennings tells the stories behind the various scars on his body, moving from the light-hearted nicks of his childhood through the more existentially challenging surgeries of his adult life.

I think some of his words resonate with a post I wrote on my old blog, that was then republished by The Science Creative Quarterly.   I share a kindred appreciation of the power of the human scar as both a mark of regeneration and a talisman of story, so I’d like to republish my post (and hope it might be seen by Dana Jennings, and considered a validation from an amateur writer of the many wonderful ideas he’s written!).

Please note that the actual “patient” described is a hybrid character I created to convey my thoughts about the many scarred people I’ve seen, including myself. 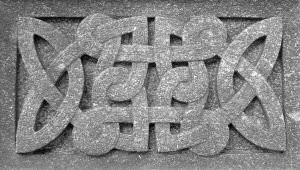 When I would see her thin chart full of medical fluff perched upon the door I’d take a deep breath and relax before heading in. Hers were easy visits. Colds, allergies, acne. Sometimes we’d end her appointment talking about her college. Had she picked a major yet? Did she lead the soccer team in goals this year? But as I opened the door to the examining room that day I could smell the bottled air within was tainted with misery. Tears, snot, and even her cold sweat drifted in the small space, and as I sat down there was really nothing else to say. “What happened? Are you okay?”

The young woman was trying not to sob. It hurt her too much. She grasped at her ribs to keep them from inflating as she tried to calm her heaving diaphragm. “Oh God,” she said. “Look what’s happened to me.”

I pulled my small stool from under the counter and wheeled it over to where she was sitting crumpled and broken. Her face had cuts all over it. There were purple bruises on her forehead, shoulders and legs. Brown hair ran down her face and stuck like muddy straw to her wet cheeks. A thick cast had been molded around her left arm. Another immobilized her right leg. Every muscle in her body seemed to be firing at once, holding her rigid and motionless to prevent the obvious pain of movement. “Ow, ow, ow . . . damn it!” she said while choking back another sob.

She told me the story of what had happened to her. She was driving alone, seatbelt fastened in broad daylight. Jack Johnson was probably in her CD player as she drove with the windows rolled down. It was summer. The air was hot, but it felt good pouring across her black skin. She was young and alive. Maybe she looked in the rear view mirror and caught a glimpse of her chestnut eyes. Perhaps she smiled confidently, a young woman in her most radiant days before the drunk driver plowed into her and the glass and the smashing and the ripping and . . .

She woke up two days later. The ceiling was not one she recognized. Why was her father’s face looking so desperately at her? It felt like something had been jammed down her throat and she couldn’t swallow. The moment she realized she was in the intensive care unit of a hospital was one of the most sickening of her life.

“I was bleeding internally,” she finally began to explain to me. “The helicopter took me to the hospital. I was in surgery for six hours.”

“Oh my God,” I said. She looked gray. I wondered how much blood she had lost, and whether it was the anemia or the emotional distress that had drained the living color from her skin.

Without saying another word she delicately pulled up her shirt. She began to whimper. A blade had filleted her open from pelvis to breastbone, and her once unscarred belly was now held together by a hundred metallic staples. She looked up at me with horror. “Look at me!”

I once had a dream that I was being disemboweled by a wolf. I can remember it vividly, even though it was 14 years ago. It was as real as the waking world. I felt the clawing and thrashing in my brain, heard the tearing of my flesh, smelled the predator’s breath, and tasted my own blood as the animal fed upon me. And in those seconds, about to die in my dream, my thoughts somehow centered upon one thought – that I was being disfigured. Something was turning me into a scarred monster.

She nodded her head. It was worth the pain to do so.

In medical school a pregnant classmate of mine had a terrible delivery. The baby was born, but afterwards she had continued hemorrhaging. Nothing could stop her bleeding. In order to save her life the doctors, our teachers, had to open her abdomen and remove her bleeding uterus completely. It was sad that she could never have another baby, but she was still alive and a mother to her first and only child. When the shocking tragedy of the event had passed some people mundanely remarked that she would never be able to wear a bikini again because of the scar that now marred her belly. Although I nodded my head, I actually hoped she would still wear a bikini. Her scar would be a tattoo of significance, courage, and regeneration.

Several weeks passed. I saw the young woman almost weekly. I monitored her healing, tended to her pain, made sure her bloating and constipation and bloody urine weren’t signs of decline. With each visit I could sense her getting stronger. She would have to go back to college soon. Initially she had refused to even consider it. She would not even go out with friends, instead preferring the sanctity and shelter of her childhood home. The purple turned to green, then yellow, and then healthy brown once more. She could smile without crying, giggle without holding her ribs, and breathe without agony.

“So are you feeling better?” I asked her one day.

“Of course you know you’re lucky to still be here,” I said. “How does your wound feel?”

With the same delicate movement that she had performed on her first visit after the accident the young woman lifted her shirt to reveal her stomach. Her scar was still heinous upon first reaction, cutting through her otherwise young and trim abdominal wall. But it was the kind of scar that can expose the illusion of beauty, the imperfection of perfection. For once I felt ashamed for going along with the airbrushed magazine covers, the five story billboards of svelte flesh, and the soft images of perfect curves projecting out nightly from my television. “It looks like it’s healing well.” I told her. I didn’t know if it would be appropriate or not, but I decided to say it anyway. “Your scar is a story. I hope you can own it. Don’t ever be ashamed by it. It’s a testament to your strength, a mark of your courage.”

The word scar was derived from the Greek word eschara, meaning fireplace. Traditionally the fireplace was in the heart of the house, and around it most domestic activities took place. It was the center of family life and an area where children gathered to be with family. It was a common setting for injuries, many of which resulted in wounds. Eventually these scars became so associated with the hearth that the language used to describe the end result of healing became indistinguishable from its cause.

Scars have always been irreversible brandings seared by the fiery hearth. They are tattoos of story etched into our fragile physical being, personal emblems chosen by terrible circumstance. Rape, surgery, assault, suicide, war. Some careless being who drinks too much and plows his rolling tank of steel into a young woman’s carefree bubble.

Scars are knots that hold the entire world together.

(Thanks to Maria from Intueri for pointing out this article on the New York Times, and for thinking correctly that I might find it a good read)