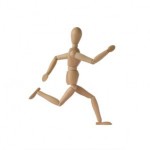 If you are exercising regularly as part of a weight loss program, then good for you. Studies have proven the value of exercise in reducing cardiovascular disease, preventing and treating diabetes, sustaining cognition, enhancing the immune system, and even reducing the risk of getting certain cancers. But narrowly considered, does exercise really help people lose weight? Not as much as you might think.

Most doctors and health agencies tell people that exercise is a key component of weight loss.  The American Heart Association and the American College of Sports Medicine issued new guidelines in 2007 urging 60 to 90 minutes of physical activity a day.  Add in kids, a full time job, and trimming your fingernails before they become unsightly claws, and you’ve got little time left for sleep.  Is getting that much exercise an evidence-based solution?

A recent study, published this year by PLos One, looked at 464 overweight women, and divided them into four groups. Women in three of the four groups were asked to work out with a personal trainer for 72 minutes, 136 minutes, and 194 minutes per week, respectively, for six months.  Women in the fourth group acted as a control and were told to maintain their usual routines.  All the women were asked not to change their dietary habits.

You would expect that the group exercising for 194 minutes per week lost the most weight, right?  Here’s a table of results, with 4, 8, and 12 KKW groupings reflecting the increasing energy expended by the three exercising groups.

All the groups lost weight that was statistically significant from their baseline – that’s the good news – but the absolute amount was only 2-5 pounds.  Unfortunately for the American Heart Association and College of Sports Medicine, there were no significant differences between groups in terms of amount of weight lost, including the control group that didn’t increase exercise at all (P>0.05 for all between-group comparisons).

The authors found that in those who exercised the most, compensatory behaviors like increased hunger and perhaps fatigue cancelled the benefits of burning more calories.  They also speculated that the control group lost a little weight simply by being more conscious of their health through the filling out of the study’s health forms.

The exercise groups did lose about an inch off their waistlines, but were found to have no statistical difference in body fat composition.  Losing an inch is not a bad thing, and perhaps reflects less abdominal fat stores (which have been associated with diabetes and heart disease among other problems).

This study and others like it help explain why all the fitness crazes, and the 20 billion dollars we spend a year on gym memberships, have not necessarily contributed to a svelte nation of Americans.  Exercise, although excellent for our mental and physical health overall, is not a panacea for achieving weight loss.  It naturally makes us hungry.  An article in Time Magazine about this issue cited another study’s conclusions:

Last year the International Journal of Obesity published a paper by Gortmaker and Kendrin Sonneville of Children’s Hospital Boston noting that “there is a widespread assumption that increasing activity will result in a net reduction in any energy gap” — energy gap being the term scientists use for the difference between the number of calories you use and the number you consume. But Gortmaker and Sonneville found in their 18-month study of 538 students that when kids start to exercise, they end up eating more — not just a little more, but an average of 100 calories more than they had just burned.

We also tend to think of exercise as a grueling, Nike-advertisement-looking-muscle-and-sweat-and-grunting-display of physical prowess.  But other studies are showing similar health benefits from more moderate intensity exercises like walking, and the accumulated activities of an entire day (like taking the stairs instead of the elevator).  Even fidgeting seems to help more than the 194 minutes of traditionally conceived exercise:

Overweight people have a tendency to sit, while lean ones have trouble holding still and spend two hours more a day on their feet, pacing around and fidgeting… The difference translates into about 350 calories a day, enough to produce a weight loss of 30 to 40 pounds in one year without trips to the gym – if only heavy people could act more restless, like thin ones.

I would also add that people living a modern urban lifestyle paradoxically mimic the physical activity levels of our more thin ancestors:

Researchers looked at data from 11,541 survey participants in 11 countries, which included the United States, Lithuania, Brazil, Sweden and Japan. Those individuals who reported living in a city neighborhood with easy access to sidewalks were 15-50 percent more likely to get moderate-to vigorous activity at least five days a week for at least 30 minutes each day.

So in general it would seem that current thought leaders are moving away from regular, vigorous bursts of exercise as a prescription for weight loss.  Exercise is very important for the bones, mind, body, and heart.  But for those who are frustrated and defeated by their exercise program’s failures, in narrow terms of weight loss, it may be helpful to refocus on the input side of the equation rather than the output.  Eating better foods, and less of them, seems to be the key for weight loss, with physical activity being more accurately recommended for overall health.

I’m going to walk at a moderate pace to the celery store now, and then come home and fidget for a good hour. Awesome.