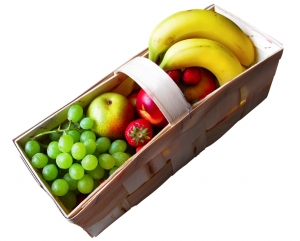 What is in a prenatal vitamin? Why do most doctors recommend them? Is there any evidence taking them is worthwhile? I decided recently that I would read through the ingredients of these vitamins, often touted as “essential vitamins and nutrients, crucial for the healthy development of your baby.” Hmmm. Does that mean eating traces of polyvinyl alcohol every day is beneficial?

The fine print ingredients of such brands as “One A Day”, “Centrum Materna”, “Rite Aid” and even the prescription only “Prenate Elite” are a confusing mess of milligrams, international units, RDA’s, and chemicals. As the makers of Centrum explain, “It is very challenging to formulate vitamins and minerals without the use of non-medicinal ingredients which serve to keep the product stable and to prevent the various ingredients from interacting.” They also find fault in the limited number of suppliers of the active ingredients in prenatal vitamins, and therefore claim substances like gelatin are difficult to avoid.

Croscarmellose sodium – derived from soaking cellulose (the polysaccharide structural building block of plant cell walls) in sodium hydroxide, then reacting it with sodium monochloroacetate, which eventually forms crosslinks. It has been implicated by limited research as possibly promoting bad intestinal flora, but this is not certain.

Gelatin – derived from the collagen of animal skin and bones through various curing, acid, and alkali processes mostly involving the pork and cattle industries. While there is some theoretical chance of transmitting prion-caused diseases like “mad cow disease,” studies by the FDA, TSE (Transmissible Spongiform Encephalopathy Advisory Committee), and similar EU agencies has found that the manufacturing methods used to make gelatin are effective barriers. Considering that the prion is resistant to common sterilization methods, including bleach, boiling, alcohol, exposure to chemical agents, and irradiation – I wonder what gelatin production techniques encompass?

Polyvinyl alcohol – made from dissolving polyvinyl acetate (wood glue) in alcohol and then treating with sodium hydroxide, it provides an odorless and tasteless moisture barrier film for tablets. No human data is available, but toxic effects may include carcinogenicity, and effects on metabolism and behavior.

Titanium dioxide – also found in toothpaste, paint, paper, and plastics, titanium white is a ubiquitous white pigment. It has recently been classified by the International Agency for Research on Cancer as “possibly carcinogenic to humans.”. As an astute commenter points out, exposure method and amount matter, so as with all these chemicals, absolute quantity is small and hopefully negligible.

Polyethylene Glycol – used in many laxative formulations with low toxicity. Also used in higher concentrations for colonoscopy preparations. Common side effects include nausea, abdominal fullness and bloating, but are probably less evident in small concentrations found in vitamins.

Propylene glycol – a solvent with a wide range of applications including de-icing solutions and polyester, it is generally considered safe in low concentrations.

Talc – a mineral composed of hydrated magnesium silicate with the chemical formula H2Mg3(SiO3)4, which may in its natural form contain asbestos, a known carcinogen. Since 1973 the law requires all talcum powders to be asbestos-free. I’m not sure what kind of regulations apply to talc found in prenatal vitamins. There has been interest in whether or not talc powder applied externally increases ovarian cancer and lung cancer risk, with some positive associations found in meta-analyses.

Hypromellose – a semisynthetic, inert, viscoelastic polymer used as an ophthalmic lubricant, as well as an excipient and controlled-delivery component in oral medications.

Silicon dioxide – the most abundant mineral in the Earth’s crust, found in sand, quartz, and the cell walls of diatoms. It is inert, and unless inhaled, has no known adverse health effects. One study actually found decreased dementia rates among subjects drinking water with higher silica levels.

Polacrillin – all I could find on this was “a unifunctional low-cross-linked carboxylic cation-exchange resin prepared from methacrylic acid and divinylbenzene.” It helps tablet disintegration.

Mono and diglycerides – act as emulsifiers, stabilizers, and thickeners, and also a source of trans fats.

FD&C Red #40 Lake – originally manufactured from coal tar, now it is only made from petroleum. Associated with some increased hyperactivity and ADHD behaviors in children.

Yellow #6 Lake – a synthetic dye made from petroleum. A sulfonated version of Sudan I, a possible carcinogen. May cause allergic reactions in people with aspirin intolerance.

And what about the contaminants inherent in any mass production process? A 2007 survey of lead levels in children and women’s multivitamins conducted by the FDA found significant levels of lead in almost all vitamins tested. None of the vitamins contained levels in excess of the “provisional total tolerable intake level” for lead of 25 micrograms per day for pregnant or lactating women. Yet the word provisional means “temporary, subject to confirmation,” and with the worst vitamin (After Baby Boost) containing 8.97 micrograms per day, elevated lead levels in prenatal vitamins at all seems counterproductive.

Many of the prenatal vitamins contained high doses (up to 10,000 IU) of Vitamin A in the form of preformed synthetic retinol, derived from palmitate. Vitamin A in higher than recommended doses can actually cause birth defects. According to a widely cited study published in The New England Journal in 1995: “High dietary intake of preformed vitamin A appears to be teratogenic. Among the babies born to women who took more than 10,000 IU of preformed vitamin A per day in the form of supplements, we estimate that about 1 infant in 57 had a malformation attributable to the supplement.” Levels of Vitamin A varied in the different prenatal vitamins I looked at, but some astoundingly contained 10,000 IU. Vitamin A derived from beta-carotene may be safer than synthetically-derived retinol, but other studies have found increased health risks with beta-carotene supplements in adults as well.

Developing fetuses certainly need vitamins. Unfortunately the nutritional quality of our foods is in decline. Research has shown that fertilization techniques, depleted and over-used soils, and high-yield cultivars lead to consistently negative correlations between crop yields and concentrations of minerals and proteins. Our mass-produced foods, even the fresh ones, are less nutritious. Does this favor vitamin supplementation as a quick fix, since we are unlikely to develop robust, sustainable food systems that build healthy soil and produce superior foods in the near term?

So what about more “natural” or “alternative” vitamins? I went to Whole Foods, The Vitamin Shoppe, and GNC and asked to look at their “natural vitamins without a lot of crap in them.” Unfortunately the alternatives to the industrial mainstream vitamins described above were chock full of herbal stuff like ginger, dandelion, rose hips, cabbage, mustard, red raspberry leaf, digestive aids like amylase, protease, cellulase, spirulina, probiotics, sprout blends, and lipase. While these “natural” ingredients sound more reassuring, they too have effects on the body. For example, red raspberry leaf may enhance uterine contractions once labor is initiated, and so without proper studies, who is to conclusively say it does not promote unwanted contractions or uterine muscle effects. A lot of the prenatal vitamins still contained synthetic additives, or needed to be taken 3-4 times per day, which is not going to happen.

What does evidence-based medicine conclude women should do about nutritional supplementation in pregnancy? To summarize an article in American Family Physician, there are only 2 recommendations supported by consistent, good-quality, patient-oriented evidence from clinical studies (Level A evidence):

1) Folic acid supplementation, ideally beginning 1 month before conception, for the prevention of neural tube defects.
2) Calcium recommended daily intake should be in the 1,000 to 1,300 mg per day range, as this has been shown to decrease blood pressure and preeclampsia, but not perinatal mortality.

There are 3 recommendations that receive a “B” level of evidence, meaning that there are inconsistent or limited-quality patient-oriented studies supporting them:

1) In addition to supplements, eating at least 600 mcg of dietary folate (from sources such as legumes, green leafy vegetables, liver, citrus fruits, whole wheat bread) may help reduce the chance of birth defects associated with folate deficiency (low birth weight, congenital cardiac and orofacial cleft anomalies, placental abruption, and spontaneous abortion).
2) Pregnant women should be screened for anemia and treated if necessary (iron supplementation is the usual means of treatment).
3) Pregnant women in industrialized countries should limit Vitamin A intake to less than 5,000 IU per day (recall the 5-10,000 IU’s in many prenatals).

There are 2 recommendations that receive a “C” level of evidence, which means there is either consensus among professionals, disease-oriented evidence, usual practice, opinion, or case series supporting them:

1) Pregnant women should take a supplement of 30 mg of iron per day (amount recommended would be different if anemic).
2) Vitamin D supplentation can be considered in women with limited exposure to sunlight ( i.e. northern locations, restrictive religious garb, etc.). Evidence is limited, daily allowance is 200 IU per day.

And that’s pretty much it.

The American Congress of Obstetricians and Gynecologists has this to say:

Pregnant women need extra iron and folic acid. To get these extra nutrients, a prenatal vitamin supplement is recommended for most women. These supplements contain all the recommended daily vitamins and minerals you will need during your pregnancy, such as vitamins A, C, and D; folic acid; and minerals, such as zinc and copper. Talk to your health care provider about the vitamins that you are already taking before taking a prenatal vitamin supplement. Excess amounts of some vitamins or minerals during pregnancy can be harmful.

One of the best ways to avoid chemicals added to extend shelf life stability and to inhibit  ingredient interactions is to eat real food. Plants, fruits, vegetables, nuts, grains, select meats and seafood when eaten in a wide variety (preferably from organic, local growers) supply a wealth of nutrients.  ACOG does a good job of reviewing these kinds of foods.  My research into the “ultimate” prenatal vitamin has only left me with more questions than answers, but at least they are more informed questions. I am certainly open to suggestions.

What I would like to find and be able to recommend to patients would be a multivitamin with enough folic acid, iron, and calcium, with just the basic vitamins in reasonable amounts, with only a trace of lead, in a pill vehicle containing a minimum of bizarre-sounding “artificial stuff” and dubiously effective “herbal stuff.”