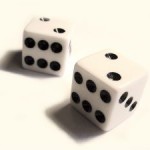 It’s morning, and in the shower he reaches a trembling hand up towards his face and strokes his jugular lymph node chain, searching for any indications that the small lumps palpable within might have gotten larger. He feels the same familiar bumps, rolls them like jelly beans inside a package, and wonders if at least one lymph node is rotting with cancer.

As he dresses for work he follows the sinews of his neck down to his thyroid gland, a bowtie beneath his skin. The right side is larger than the left, and this asymmetry surely indicates a malignancy. He’s read that thyroid cancers are actually quite curable, unless he has one of the rare kinds, which he almost certainly does. Three years to go before death, full of surgeries and chemo, if he’s lucky.

At work he’s had a headache for the past week, which is unusual. It is centered above his right eye, and seems to increase in intensity every few minutes. He rubs his forehead to assuage the dull ache, careful not to rub too hard because that might trigger the underlying aneurysm to explode, reducing him to a jiggling heap of jelly on the floor. Conversely, the headache might be a brain tumor.

Driving home he notices an ache in his right shin, most likely from running into the dresser last week. Less likely but still possible is osteosarcoma. The treatment for that sort of thing involves removing the entire lower leg.

After dinner he is reminded that his bowels have been loose of late. Crohn’s Disease, parasitic infection, and colon cancer (probably metastatic) are all possible. Blood in the stool would be a late finding of invasive colon cancer, and when it shows up he’ll know his days are severely numbered.

He knows his thoughts are ridiculous. They are exhausting.

There is no way he could have five distinct cancers at once, yet a feeling of dread lingers. His hands are clammy, his heart beats quickly, and he’s fearful most of the day. He laments the absurd vulnerability of his human condition, rages against the body that would betray his spirit. Sighing deeply and shaking his head he attempts to move on with the rest of the evening.

He’s distracted from reading his book as he runs through the list of today’s symptoms in his mind, and ponders their possible mortal significance. It is somehow calming for him, like thumbing the beads of a rosary while reciting grave prayers.

By bedtime the headache has lifted. The pain from a brain tumor would be constant, he thinks with a measure of elation. Despite the constant fear and anxiety about illness, there is one good thing about his worrying. He’s overcome at least a hundred types of cancer, and averted multiple catastrophic heart attacks, strokes, and seizures. He is perhaps the world’s most resilient being.

At night he smiles as he lays his head down on the soft pillow of his bed. He thinks to himself that there is something gloriously brave about having cheated Death every precarious day of his life.