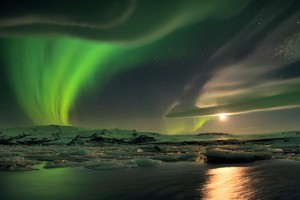 I used to think of Thanksgiving as the supremely humble, agenda-less holiday most deserving of our celebration. As an American adaptation of harvest festivals found in other cultures, it seems at once natural, secular, and modest.

Yet as I called a lovely woman a few days before the holiday to inform and counsel her that she has cancer, the notion of millions of others “giving thanks” rang hollow, selfish, self-referential, and arrogant.

The turkey on her table was unexpectedly as rotten as the necrotic mass in her pelvis, and her many arriving guests were suddenly interlopers in her nightmare. Perhaps there is a better way to frame the loaded notion of “giving thanks” that does not presuppose blessings, special entitlements, and personal good fortune.

The act of giving thanks necessarily involves a transaction between an actor and a receiver. Giving thanks is a reaction to something bestowed. This problem of agency is what makes Thanksgiving fundamentally flawed.

An unseen God known via faith can be thanked, but to do so takes a egotistical leap over the woman with cancer. What has she received from this same God? Instead, giving thanks seems most appropriate for the transparent exchange, such as that which occurs between human actors helping one another.

So what notions would be most honorable, most worthy of our sacred celebration? The best abstract ideas I could come up with would be reverence, humility, wonder and awe.

Reverence for humanism, the natural world on Earth, a newborn child’s silky head, the brilliance of the stars, and the capacity of love.

Humility that grasps our frailty, our inherent flaws, and the acceptance that every action we commit, even those considered altruistic, is ultimately self-serving.

Awe at the enormity of the universe from galaxy to gluon, the stubborn and heroic perseverance of life, comets from the Oort belt grazing the Sun, and the beauty of snow flurries falling as we exalt in the pleasures of sharing pumpkin pie.

If we were all equally blessed, or if there were some rational justice that determines who suffers, then we should say “thanks.” Otherwise I think a good prayer before the feast should focus on the ideas of reverence, humility, and awe… and to give thanks to those who journey along with us.

One thought on “Is Thanksgiving Actually a Misguided Holiday?”