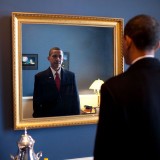 With 58% of Americans disapproving of Obama’s foreign policy, mounting Ebola virus deaths, and flu season around the corner, I think it is important to synthesize an overlapping theme between how our country fights perceived threats, and how our bodies successfully or unsuccessfully fight disease. In short, I think Obama’s continued restraint and use of soft power is evidence of a good prognosis for the country.

In this analogy, our bombs and military are the most caustic weapons of the country’s immune system, akin to a fever of 105 degrees and impending sepsis. Does “nuke them all” work?

Diplomacy, espionage, surveillance, economic sanctions, and other soft tools of foreign policy can be likened to low grade temperatures, coughing, mucous, and all the other less dramatic symptoms of immune system activation.

Considering medications is a stretch, but stay with me. Cholesterol-lowering medications called statins actually do more than lower our lipid levels – they mildly hamper the immune system and reduce inflammation. Intuitively this would seem to be a bad thing when fighting a war inside the body against an invader. But statins are increasingly suspected to be a beneficial kind of weakening force that paradoxically might save us from an immune system run amok.

Consider influenza. Often young, healthy people with robust immune systems are at increased risk of dying from pandemic influenza simply because their immune systems launch such powerful attacks that the body cannot withstand the friendly fire.

One study found that patients hospitalized with influenza were 54% less likely to die if they were taking a statin medication. It is postulated that statins modulate and dampen the inflammation unleashed by the immune system, thereby limiting collateral damage.

Another study published in the journal Critical Care recently found “that early treatment of sepsis patients with a statin reduced the occurrence of organ failure (a complication that often kills Ebola patients) by 83 percent.” An opinion written by two medical doctor/professors appeared in the New York Times this week calling for a trial of statins in those dying of Ebola for this very reason.

ISIS is a cancer, surrounded by other diseased states. Putin is MRSA. The Middle East is the Middle East. I’m glad we don’t have Bush and McCain running in with their hands unwashed to try and save the day. I’m glad Hillary isn’t trying to do her best Clint Eastwood.

So far Obama seems to be managing these illnesses like a well-restrained immune system. Even though we disapprove of his foreign policy, a majority of Americans want to stay out of these foreign conflicts – putting Obama in no-man’s land in terms of chasing approval ratings.

Personally I’m much more worried about the planet’s fever, the looming environmental catastrophes, and being on the front end of the greatest mass extinction the Earth has ever known.

Push fluids with ISIS. Only send in bombers and troops to Ukraine prn, and start World War 3 if America is terminal in the ICU. But for now I salute the commander for swallowing his bitter pills, sneezing and hacking up mucous, and enduring the taunts of weakness from viral media on behalf of the country’s health.

One thought on “Obama’s Foreign Policy Is Linked to a Healthy, Restrained Immune System”