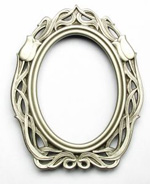 He appears in the middle of the city park carrying only a guitar case. He’s in his late twenties, Asian, and wearing a t-shirt and jeans, which is somehow appropriate on this beautiful, sunny day snatched from the cold fingers of November. Children playfully scamper by and mothers give chase as he opens his guitar case. There’s a drunk stumbling from park bench to park bench, asking for just forty cents and he’ll go away. The guitar player slings his instrument around his neck and picks a few strings as young couples strut by and old men feed pigeons. And then he starts to play.

I look up from my book. He’s standing in the middle of the park. I recognize the chords. He’s going to sing U2’s One. It’s making me a little uncomfortable. No one is stopping to put money in his open guitar case. I’m sure his voice is going to crack.

Diminutive in height, with a small chin and short, parted black hair, he does not look like a stereotypical street artist. His voice is soft at first, but picks up strength quickly. He’s got a surprisingly good voice. He stands there in the middle of the park, alone, on his own makeshift stage as people keep ushering by. I put my book down and watch him. It takes courage to stand up and perform. I feel nervous for him. No one seems to be listening or taking him seriously, yet he keeps going. His eyes do not search out the crowd for approval. He plays louder now, more confidently.

I notice other people sitting on benches around me beginning to mouth the words of the song. We all know it. Even the drunk stops to listen. The guitar player has his eyes closed, and he’s now struggling to sing over some church bells clanging in the distance. Suddenly I’ve got a tear in my eye. I can’t imagine why, except that I’m entirely moved by his song and courage. Perhaps it’s the red and yellow leaves falling from the trees, and the approach of a lifeless winter. His voice is full of defiant life. He could be at home safely watching television, but instead he’s creating music, creating a moment in which a few people stop to listen. I’m thinking of a silenced friend who can’t hear the music, who will never sing. He recently died, and I haven’t yet let myself cry.

There’s a grungy girl with mascara-blackened eyes that has been sulking in the shadows of this beautiful day. She too looks moved by the modest Asian guitar player. She stands up and moves a little closer to his music, her sad eyes brightening as she stands and bears witness to the performance.

By the end of the song I see about twenty people gathered, honoring the guitar player with their attention. He’s hitting almost all the notes, the strings on his instrument vibrating harmoniously and boldly. I approach him and drop some money in his case, and as I back away I catch a glimpse of his eyes, almost glowing in the fall sun. I’m guessing he’s Cambodian. Does he sing despite a family tree devastated by war and violent death? Does he sing because of it?  Or has he lived an average American life?  It doesn’t really matter. What does matter is that he’s bravely added something good to the world, even if infinitesimal. I’m reminded to do the same.

He strums the final chord. There is silence, then a few claps. He nods his appreciation, places his guitar in his case, and starts walking away. The sad, dark girl catches up to him and says something. They smile at one another, and then go their separate ways.